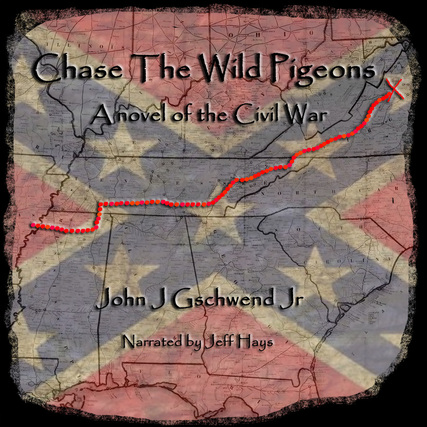 This heart-felt story is a tale of a special friendship that only comes along once in a lifetime. Joe, who is white, and Peter, sixteen and a free Black, become unlikely friends and learn to depend on each other as they try to escape the desperate Confederate South.

Go with these two as they trek through a war-torn countryside and witness war as it really was, up close and horrible. They travel through a landscape that has been decimated by brutal battles, and they meet people who survive the extreme hardships and depredation of three years of war. All the while the two learn to depend on each other and grow a binding love as special as any two brothers.

Joe is unafraid, reckless and adventurous. Peter is humble and true. This odd pair will need each other more than they know--unknown to them, they are being pursued by a deranged killer.
Warning:  This novel was well researched, and the violence of the American Civil War is portrayed here. There are also offensive words toward and by African-American Slaves that could not be avoided and still be true to history.
Buy at Amazon
Buy at Audible
Buy at iTunes
Great to listen to on that long car commute or plane trip.
Below are two samples in Chase The Wild Pigeons.